The Making of My Maman

Who was this chic, seventy-something woman the author once called Mom? 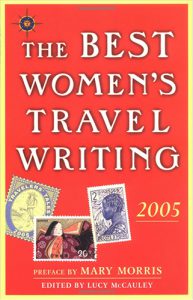 It started, as these things do, without a lot of hoopla – my mother and I arriving at Place de la Concorde during our first-ever trip to Paris. The day was dazzling, and jet lag had us woozy with the city’s beauty. But then: with no warning whatsoever my mother flung her arms out wide and let out a sound startling enough for every Parisian around us to turn. “I’M BACK!!!” she burst out with, aloud, her joy gushing forth in a teary laugh. At that moment, I knew. What she had always felt was true. In a previous life my mother was French and had met her end at the guillotine that once stood in that very spot.

Now, she has lost her head in a different fashion. Or maybe it’s her heart. At 70-something, this mother of five, grandmother to seven and lifelong Francophile is cashing in her fantasy and becoming a French madame.

Who knew she had it in her, this utter oneness with a buttered baguette for breakfast (it used to be plain toast), this bliss while browsing Monoprix, this absolutely transcendent expression she gets when she says to the pear man at the market in something that’s actually French, “deux belles poires, s’il vous plait, Monsieur.”  My mom.  Now she is my maman.

She has learned to tie a scarf, become a connoisseur of lemon tarts.  And to see her charming them in the stalls of Saturday’s marché aux puces at the Porte de Vanves is to see my mom – excuse me, my maman – inhabiting a character I suppose has been there all along.  Maybe it just was hidden within the harried housewife of classic California suburbia, the French-themed person that lurked beneath the surface of the well-to-do, stay-at-home mom possessed of passions, apparently, far beyond the obvious:  beautifully prepared meals and a house that, thanks to her own mastery of a mop and certain vavavoom with a vacuum, tilted toward the immaculate.

I don’t know, maybe there were hints.  How her garden behind our modest wood-shingled house had to have precisely pruned rows of shapely, pointy things, gravel paths and a fountain – a formal style I later learned channeled Versailles.  How she said “lingerie” unlike anyone else’s mom, or even store clerks or TV – pronouncing it the authentic French way (lahn-je-ree) even though she never had been to France, much less learned a word of French or even met an actual French person.  These were things, she said, she “just felt.”  And it is not like translated French books and romantic French films fed her imagination.  From the day she met my Army officer-turned-stockbroker dad on a blind date, married him two weeks later and gave birth to babies one, two, three, four and, after a brief timeout, five, her life was an all-consuming whirl of wifedom, children and housework.  Even if she had had the slightest second to herself to study a foreign language or culture, she would have used it first to collapse, exhausted.

“Endless drudgery,” she called it all.  But we knew underneath the sometime whining she loved it (didn’t she?).  Home and family, after all, were her pride of accomplishment.

So today when my maman, who hints of wanting to live in a tiny, pink apartment in Paris, doesn’t just say, but wears sexy French lingerie, I wonder how she was born one person – my mom – only to become another:  this mom-object of such major admiration (in me) that I would be beyond thrilled if I could be even a tenth as fabulous as she.  How can becoming a French madame do that?

Well, anyway, this is what happened.  First there was the espadrilles and boat-neck, striped T-shirt thing.  Maybe it was how Jackie Kennedy always was photographed in St. Tropez wearing the fetching, oh-so-French summer outfit (with white jeans), but my mom (who loves Jackie Kennedy, don’t we all?) wore espadrilles coming and boat-neck, striped T-shirts going, even if it was only to the grocery store.  Then there was the coq au vin.  Maybe it was how Julia Child in TV cooking class would reminisce of her days at the Cordon Bleu while slapping around her chicken breasts, but my mom (who loves Julia Child, don’t we all?) started revising our meals.  Coq au vin, remoulade, vichyssoise, tapenade:  Not overnight but slowly, as surely as the Eiffel Tower lights the Paris night with romance, even magic, family dinners required a French accent to describe.

By the time in her 50s she finally, finally put down the Hoover long enough to take her first trip to France, it was pretty much over.  My mom was quite far gone as my maman.

She could claim with pride a small, remaining shred of dignity (trés small) after being worked over for years by the terrifying Mme. Bliss, the adult-school French teacher who was none too impressed with my mom’s…well, let’s just say issues with the imparfait (for one).  She now routinely was going by Jacqueline, her French given name, instead of Gadgie, her father’s nonsensical childhood nickname for her – which my mom would use, but never my maman.  She had our foyer, sunroom and bathroom floors all rehabbed in black and white tile (see, Malmaison), named our wire-haired fox terrier Pierre, and never, ever, even if she were flat out postal with hunger, eat so much as a bite between meals.  Of course, a French madame is like that:  Emerging from the boulangerie she might bite off the butt end of her baguette before lunch or dinner to avoid a faint, but dive into a sack of Cheetos?  Horreur!  I would learn things like that later, of course, after my mom was well into her mamaninization.

So after her first trip to Paris and the I’ve lived before, but I was French! incident at the Place de la Concorde, my mom could not get enough of it.  Like she was picking up the misplaced bits of a soul that long ago had shattered and was scattered by the winds of time; like she was ecstatically sticking each one back in place until her essence again was shining, happy, whole.  She did a trip of French cathedrals, another of museums, a third of spas – Vittel to Evian.  There was the chateaux tour, the art trek, the ancient villages drive-by event.  If she didn’t pray to the Virgin at Lourdes (she did), she was buying a bikini in Biarritz that was oh-so-Brigitte Bardot.  If she wasn’t getting teary at the beaches of Normandy (she was), she was flipping over the faience of Quimper, lost in downtown Dijon, or found to have friends in Provence.

Over the years each trip would leave my mom at little more maman-like.  Her hair, for instance.  My mom’s graying brunette bob that in the youth-obsessed U.S. was dyed (to its eternal shame) a shade not found in nature became in my maman a glossy bob of silvery pride, its au natural hue (as encouraged by her Paris hair people) a halo of honor for her ageless grace.  Her shoes went down a heel height – the better to speedwalk Paris cobblestones – her handbags up in quality, and her closet….why, if my mom were to get a load of her closet, practically bare but for a few – a very few – exquisitely tailored things, she would wail I have nothing to wear!  But not my maman.  She finds her dribs and drabs of outfit take her from day to hot date with my dad (I don’t want to know about it) in something that before her Frenchification my mom tried for years sans success: total chic.

And it’s not like my mom’s transformation is limited to such frippery as style.  No, the more and more my maman emerged after mastering the many mom-challenges of travel in France – the art of just saying yes! to rich French pastries daily without packing on pounds, say, or the science of shampooing, leg shaving, et al. with a shower nozzle that has an agenda of its own – the more I was convinced:  I am the daughter of a madame!  A madame almost as authentic as if once upon a time in another life she had been ruled by a Louis or two.  Or has she?  Who else holds family as the raison d’être of a happy life, and has made long French-style Sunday lunches a weekly ritual?  Who else infuses grace in moments, charm in hours and meaning in years of loving and generous efforts on behalf of those she loves – never forgetting that nothing says love like a perfectly made tarte aux pommes?  My maman, that’s who.

I really kind of expected my mom to age “gracefully” – you know, slow down, stick close to home, be happy to look back – a lot – at a fruitful life best enjoyed through the adventures of her grandchildren. But…well, no.  My maman will have none of it.  Racking up Air France miles, she is; she jets between San Francisco and Paris as often as possible, always with a vengeance bred of the overwhelming need I’m guessing she lost at the guillotine: that is, to fly along the cobblestone streets to the Métro, her shoes French flat, her handbag French-fine, and her part-French heart totally at home.

The thing is, lately my mom-turned-maman has returned from these trips with an odd air. Like she’s been up to something. Like if it weren’t a clandestine affair with a frisky Frenchman, it would be something just as unbelievable. She plans a French facelift? She wants to import a French chef, adopt a French child, even – my God! – leave us to run off with some shockingly young garçon?

Back in the striped-boatneck days of my childhood, I knew. My mother with her shapely, pointy plants and coq au vin had a dream that drove her. To become my maman was the least of it. Her vision of the life she was destined to live went far beyond a fondness for Jackie Kennedy’s St. Tropez tees. Her dream was the shining knight that would rescue her from the endless drudgery. It was the Grand Prize won for being the good wife, the great mother, the ever-present center of the universe I knew as home. It was the quiet but insistent longing that gave her days hope.

“Darling, you’ll see,” my mom and my maman both often would say, making no secret of this dazzling and, to me, outlandish dream. “One of these days I will be living in Paris!”

Paris! And now she’s acting like she actually might. In fact, on the phone the other day was a realtor whose expertise is pairing lovestruck Americans like my maman with the best possible object of their infatuation. That is to say, with the Paris apartment of their dreams. And overnight, to my awe, my now officially French mom reveals her transformation’s complete.

“Darling, you’ll never believe,” she calls to say before announcing the stunning news. “It looks like I’ve bought an apartment in Paris. When can you come with me to see it?”

The day I was born, long before she became my maman, my mom named me Colette.  I should have seen it coming.